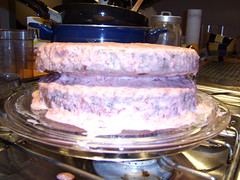 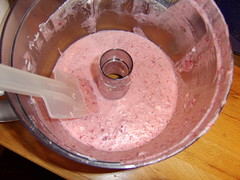 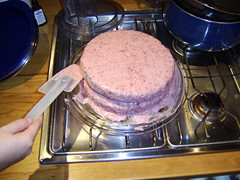 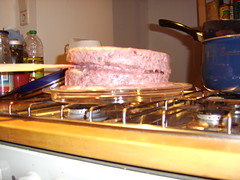 Any nauseated people needing a slice of cake, feel free to let us know. We’ve got you covered.

We wanted to accomplish several goals here, and may have succeeded in none of them (our only hope: it tastes OK).

Maybe it’ll harden up over night and appear like we meant it to look that way (except for the slant — there’s hope there).

Morning-After Update:
It did in fact firm up overnight some, and it actually tastes pretty good. Still looks like someone won the daiquiri contest, though.