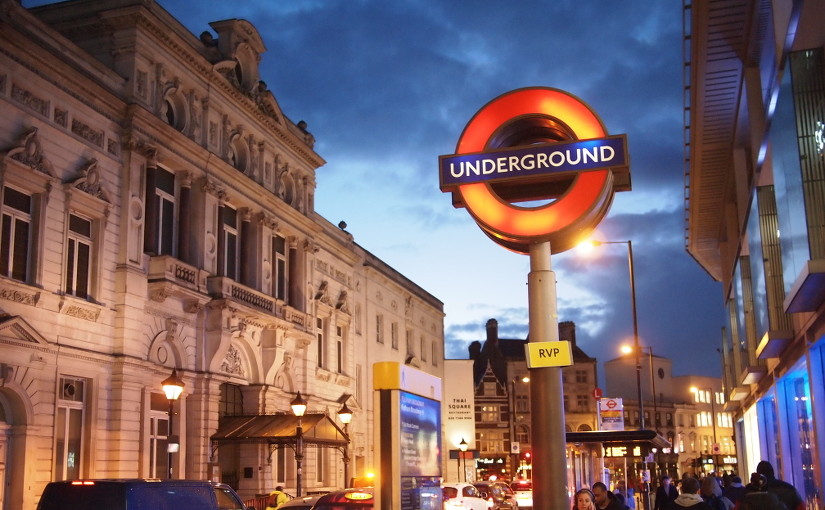 Our buddy Residentonearth suggested a weekend in London to hit the British Museum’s excellent exhibit “Germany: memories of a nation” before it closes out. We’re glad she had the idea!1

She reserved an apartment for the 3 of us through Airbnb in the Maida Vale neighborhood. When, at nearly the last minute, the owner informed her that the showers were out of commission, we switched to a different place. We chose the first place specifically because it had showers — not just tubs.2 We scrambled, found another place with less than 24 hours to planned check-in, and Airbnb gave her a 20% discount for the inconvenience. This got us into a (presumably) even nicer joint on the same budget! The 2nd choice apartment was in Fulham — a nice-looking neighborhood about as far (in terms of travel time) from Heathrow as from the londonniest parts of London via underground and bus. We really liked the design of the place, but holy smokes — it was not well-heated. We are of hardy stock and don’t require much heat. But this place was freezing. While there wasn’t much noise out on the street, we could hear conversations clearly as pedestrians walked by. This makes me think that this house was not well insulated. Is that typical for Fulham? London? England? The U.K.?

Does the U.K. still have a reputation for boring, bland food? We hear echoes of this now and then. Don’t believe them. London, Birmingham, and everywhere we’ve been in Scotland all have fantastic variety of cuisines to offer in settings ranging from your pajamas at home to ultra-posh.

We chose to rent an apartment specifically to cook at least some of the meals at “home” and cut down on expenses. With Marks & Spencer, Waitrose, Tesco and Sainsbury’s all within easy walking distance, we loaded up early and cooked most of our meals ourselves. Crumpets and omelettes for breakfast, a minced beef pie for dinner, and sticky toffee puddings for dessert kept our bellies happy.

The apartment kitchen, billed as “gourmet,” was certainly not that, but better equipped than most rental kitchens we’ve seen. We brought along our French press, daily rations of coffee (pre-ground at home in Regensburg before departure), and one decent knife in its sheath. Something that all rental flat kitchens lack: oven mitts. Landlords: we appreciate your kitchen equipment — help us make use of it. Please don’t force us to borrow towels from the bathroom to take our meals out of the oven.

We even brought leftover groceries home:

And why not? There are no restrictions on moving agricultural products through the European Union, and we had a bag to check (necessary at least for the knife).3

We tried to walk in to Dishoom for lunch in the Seven Dials neighborhood of Covent Garden, but the wait for a table for three at 13:30 was over an hour. So I asked the doorman where else we might go. He recommended a fancy traditional English place across the street, but we really wanted Indian for our main meal out. He pointed us toward Punjab and it was a great decision: we were not disappointed. There we found good service and great food. In Germany, we usually have to explain to Indian restaurant waiters that we are not Germans and can handle the flavors. In the U.K.: no need for that.

We’d never been there before. The design of the place was really striking.

We were thoroughly impressed by the “Germany: memories of a nation” exhibit, but not by the number of visitors they let in at one time. It was way too crowded. We had paid4 and reserved in advance, so to find ourselves competing with so many other guests at the same time was a big let-down. The exhibit covered cultural artifacts from the last 600 years from Germany, however the term “Germany” certainly has changed in meaning over time.

On this trip we strolled by Buckingham Palace for the first time. The weather was surprisingly agreeable; we’re not used to that from London. Accordingly, the queue for a trip up around the Eye seemed monstrous, so we opted to skip that and have a stroll around Covent Garden, mostly window-shopping.

3 thoughts on “Jaunt through London to learn about Germany”