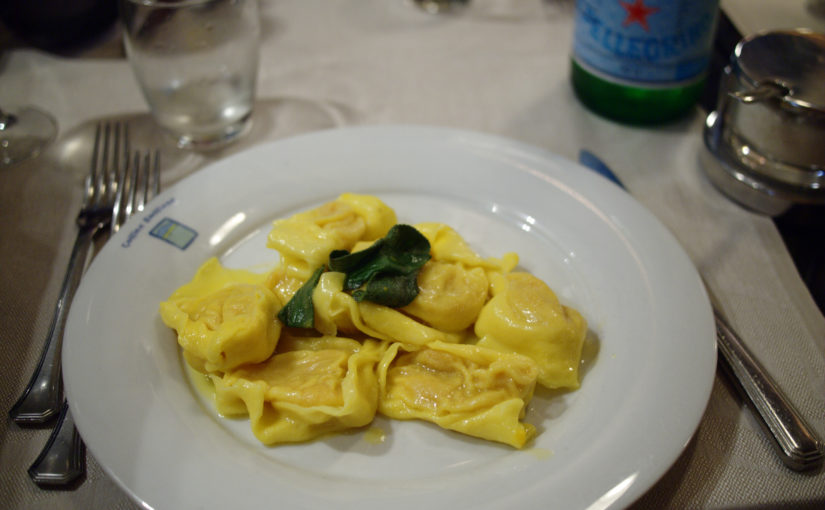 We drove in from Lago di Bolsena sometime around 7:00 p.m., expecting to have missed rush hour traffic. Whoops: we landed smack in the middle of it. A friendly taxi driver told us Italians start and finish their workday later, and consequently rush hour traffic runs later. We followed instructions from our GPS and rolled up to our hotel, the Church Palace, oohing and aahing at the gated entrance to the generous and secluded parking around, set several hundred yards back from the Via Aurelia.

After checking in at the snazztastic reception desk and heading up to our rooms, we realized what was going on: it’s work in progress. Our rooms had nothing in common with the gleaming lobby and lounges near the reception. They looked like they might have been last renovated in the mid-1980s. We had some technical and housekeeping issues with the room, and the breakfast was quite lackluster, but the concierge service they offered was very useful: we got advice about the metro system, visiting the Vatican (including their very slick and convenient and surprisingly cheap shuttle service), and a dinner reservation with their help. It was quiet and easy to park there and not a bad walk to the A line of the metro. I guess the positives balanced out the negatives. We asked for a café recommendation in the area and the concierge pointed us towards a corner bakery called “Tiramisù.” That place was great — panini or sweet pastries, delicious coffee (compared to the swill at the hotel) and a tourist-free atmosphere (the best part!) brought us back again and again. We wished we could have paid less for our rooms at the hotel, skipping breakfast there in favor of Tiramisù on the way to the Cornelia metro stop a half-mile away.

On our first visit to Rome at St. John’s Terrace in dreary January 2013, we were located within walking distance of several attractions, most notably the Coliseum. But we’d flown in for a long weekend, taken a bus from the airport to the central train/metro station, rode the subway to San Giovanni, and hoofed it from there to the bed-and-breakfast. This time we had a car to park and a longer stay and hordes of tourists with whom to compete. So staying a little further outside Rome’s core made more sense. We opted for a 3-day metro system pass. It seemed like a good deal, covering the subway, trams, and busses for the whole network. We made good use of it, or tried to, anyways: one evening the bus never appeared at a major stop. A bunch of people waited around for it (so we were sure it wasn’t just us misreading the signage). The bus stops give you an indication of the routes, but not how frequently the busses are to be expected. Alas, it is not Germany.

Sometimes in a new place you try a spot at random in desperation, when you’re hungry, and you’ve been in the car a long time, and you settle for a place that’s close by instead of one of the places you’ve sought out in advance.

You might get lucky. Most often, we don’t. Such was the case our first night in Rome. We took the metro into the city, got off at Barberini, and tromped around for a look. We settled on a place not too far from the stop and pretty quickly wished we hadn’t (like all the rest of these visitors). It wasn’t quite a Bar Liston 12 incident, but it was close. We need to keep reminding ourselves: stick to the list of restaurants you’ve researched in advance or the recommendations gathered from someone you trust.

By contrast, lunch at Colline Emiliane was lovely:

We tried to balance out the meals in Rome with some street food and some fancier, more formal dining. We kept telling ourselves we’d get a salad or try a secondo at the next meal, but that was all wishful thinking. If it was a sit-down restaurant, I don’t think we ever got past the primi.

One evening we rode clear to the end of the subway line and continued via taxi to a restaurant our travel buddy Rachel sought out from some contacts in her home town. We had our trusty guide to Italian food with us (tip o’ the hat to This International Life for that find), but it still didn’t prepare us for the amount of food we accidentally ordered. It was all lovely. Even the grilled mortadella.

Needing something on-the-go but hefty enough to postpone dinner for a few hours, we stopped Panino Divino for excellent panini.

At the end of a long day of walking, Supplizio was great for supplì: a cheesy, hefty snack that could turn into dinner.

We stopped in for dinner in the Jewish Ghetto to try out two kinds of artichoke appetizers:
– Carciofi alla Giudia: deep-fried, crispy
– Carciofi alla Romana: braised in olive oil and lemon juice

In summary: all our restaurant and street food experiences were great at the places we researched in advance or for which we had personal recommendations. The spontaneous desperations places were a much higher risk of disappointment.

Next up — Part III: Exploring on Foot

3 thoughts on “Italy Road Trip May 2016, Part II: Sleeping and Eating in Rome”