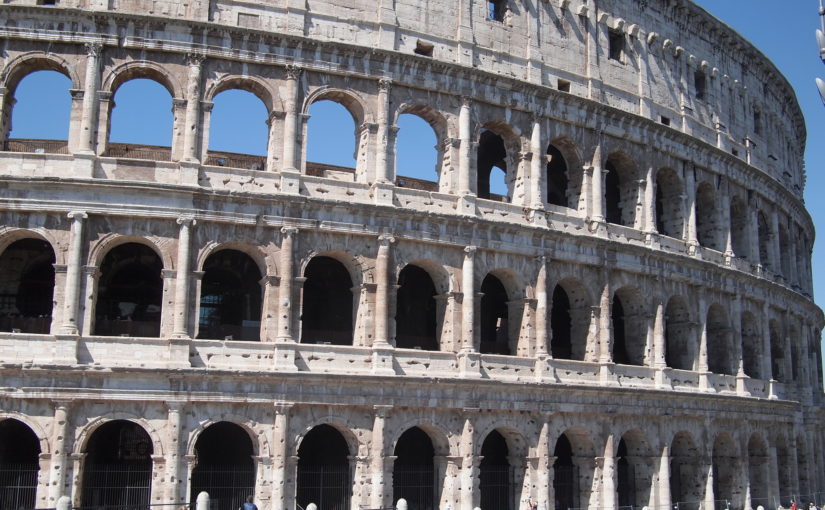 We walked our feet off in Rome. And why not? We had great weather the whole time we were there, and armed with some offline Google Maps marked with stuff we wanted to see or eat, we navigated on foot a lot after taking the Metro in from Cornelia to someplace more central, like Barberini or Spagna.

One glaring and super-convenient exception to that: our hotel offered a shuttle service from their reception to the entrance lines of the Vatican Museums. It was dirt cheap but classy door-to-door service — one of our favorite things about the hotel.1

Last time we visited St. Peter’s, but didn’t hit the Vatican Museum. This time we did. It was impressive. I took a few photos, but none of the Sistine Chapel ceiling — that’s a big no-no.

The Spanish Steps were under construction while we were there.

We hunted around for this fountain on our last visit with no joy. I felt vindicated this time, but it’s really because offline Google Maps have gotten a lot better since then. Perhaps it’s just as well we gave up last time, since it was refurbished in the meantime.

This was our second trip to Rome with no close-up visit to the Coliseum. We walked by a few times, and even early on a Sunday morning, it was swarming with tourists and especially the tour group guides vying for our attention. Having been to the arena at Nîmes twice, where we took the excellent self-guided audio tour, we opted to skirt around the outside and avoid the throngs.

We spent a lot of time exploring Trastevere.  It’s a hip neighborhood.  Let’s hope it retains its character.  We chilled out one afternoon in Testaccio, too, hoping to hit up the Volpetti deli for some awesome edible souvenirs, but alas — we failed to do our homework and arrived on their Ruhetag.2

And that was end of our time in Rome — this time. We may well be back!

Next stop, Gaeta on the way to Naples

The next leg of our journey was to Naples, but we decided we’d much rather take a scenic route, if one was to be had, than the boring old highways.

We stopped in at Gaeta to try some tielle3 for lunch. We got rained on a bit on the way in, and that must have scared off any other tourists, because the town seemed practically dead. But it was pretty.

Continuing on, we drove through little town after little town, all of them imploring us to stop and shop for some mozzarella di bufala. We were tempted, but pressed on into the maelstrom that is Neapolitan traffic.

More on that in the next post — Part IV: Naples and Pompeii