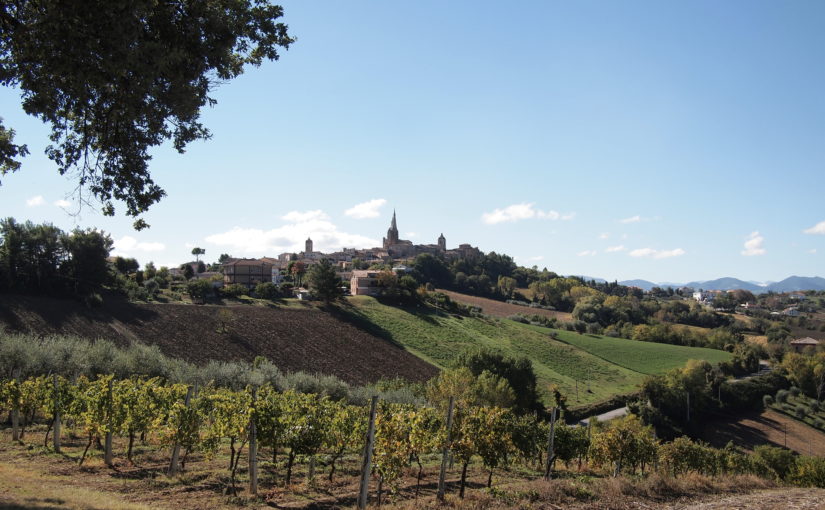 October was a big month for us. Really big. Enormous, even.

It’s almost the end of November now, and it feels like we’re still trying to catch up from October. We’d planned this trip many months in advance, coordinating with my parents and their friends in several different countries, and so bailing or rescheduling it to let us concentrate on our impending move across town and adjustment to a working kitchen again was not an option. Not that we wanted too, anyways — after getting the details mapped out with the new landlady and previous tenants in our new place, it was good to get away from a stressy bit at work.

We drove from Regensburg to Trentino straight through, leaving after work and crawling through traffic slow-downs on the border to Austria. It took us at least an hour longer than it should have. Shortly before the Austrian border, our outgoing landlady called us to ask us how we were going to leave her a set of keys for work to be done on our apartment while we were gone.

Whoops. We biffed it on that one. But she chuckled disappointedly, saying that ours was the smallest mistake in our kitchen ceiling fiasco. In the end, it didn’t matter too much: the crew who were supposed to install the new ceiling called in sick the week we were gone. 3

When we got to our hotel in Trentino, we were exhausted. We slept well and got moving early the next morning. We had a 5-hour drive ahead us to meet my parents at Iesi, the closest town with a decent-sized train station, about 25 minutes away by car from Ostra Vetere. We were staying in a villa there owned by a cousin of a friend of my parents. It helps to know people!

Ostra Vetere and the area

The villa is about 20 minutes away from Ostra Vetere up and down some hills on foot. You really need a car to get around if you’re going to stay there — you can walk to a couple bakeries on the edge of the village, but for groceries for 9 adults a car and the supermarket in the next town is a must. The roads in the area don’t all look like they’re intended for cars — indeed, we shared the road with plenty of tractors on paths that would feel crowded with two donkeys passing head-on — but after a few days of adjustment, driving in the area didn’t feel so scary anymore. The gas mileage sure took a hit.

There was a surprising amount to see in this area of Le Marche — a mostly-off-the-radar region for tourists. Compared to the Lake Garda region, where there were more German license plates than Italian, this was really undiscovered country. We took a couple trips to Senigallia for their markets and restaurants. Never had good luck with the weather there, but the archaeological dig site was an interesting shelter from the drizzle and wind — and it was free, too. In the off-season, not a lot was happening there, but it’s supposed to be kind of bustling in the high season.

On another rainy day, we drove a good chunk of an hour to get to Furlo Pass and the nature preserve surrounding it.

Not far from there were the Marmitte dei Giganti, where we stopped for a scenic view.

There were plenty of little bitty towns perched upon the hills in the region, and we had a nice time exploring them.

The villa was very well-equipped: cooking for 9 adults worked out just fine. We brought along some elements from our travel kitchen, but mostly didn’t need them (particularly the olive oil, natch).

It was great to see my parents and hang out with their friends.

We took a different route back than the way down owing to the BnB Sarah’d found us online. We’d vouch for La Scuola in a heartbeat. Our hostess recommended some restaurants in the area, and we choose the one within walking distance after such a long drive. Osteria Sciessere was a complete pleasure, from the wine, through the appetizers, to the main courses. We were too stuffed for dessert, but I have no doubt it would have been great. Local, simple food, very tasty, not too fancy and not too pricey. Go stay at La Scuola and traverse the mountainside to Osteria Sciessere so you can enjoy the house red!

The last leg home to Regensburg led us along some glorious pastures nestled among the mountains on the way to Asiago. We saw plenty of cheese-in-progress — still at the grassy stage, though. We were so high up in the mountains that I’m sure there were clouds below us, and the sun came out to brighten up those cows’ morning. Udderly beautiful.

One thought on “A week in Eastern Italy”