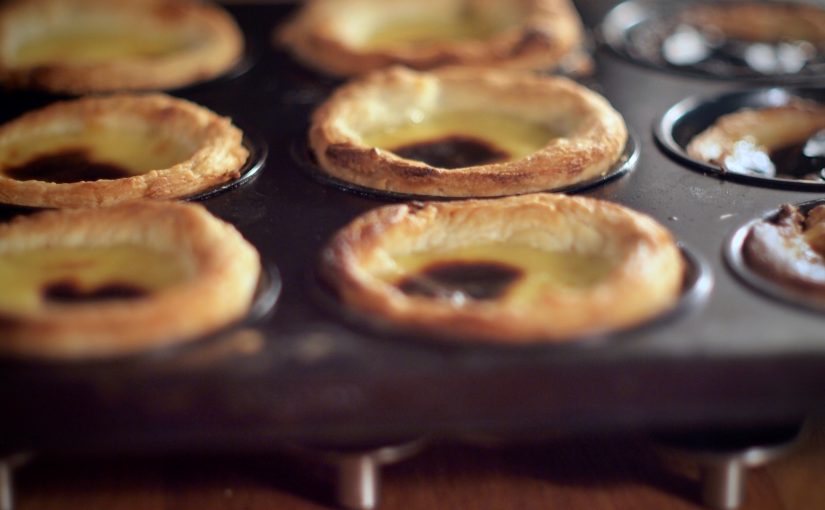 While in Porto on vacation this month, we took a class on baking Pasteis de Nata, a custard tart we fell in love with in Lisbon a few years ago. This recipe is originally from our course instructor as part of the class, with our own notes and adaptations added.

You want it as hot as your (home) oven can go. We get ours up to over 250 °C. Make sure it has plenty of time to preheat — at least 30 minutes. We turned the convection fan on for the bake. Ours were done after about 12 minutes of bake time. Don’t touch them while they’re baking, and try to let them cool a little before you put them in your mouth. They should pop out of your cupcake pan quite easily (thank you butter!) once they’ve cooled a bit. You can sprinkle them with sugar, cinnamon, both, or nothing.

One thought on “Pasteis de Nata”