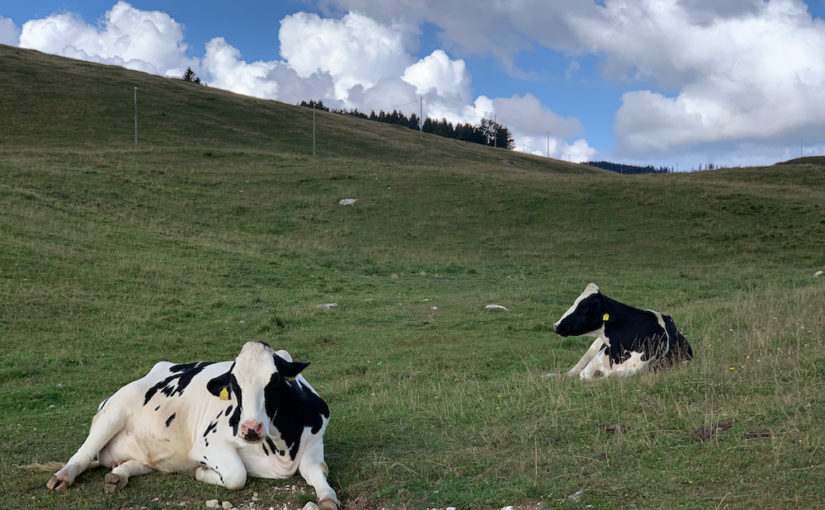 That long-awaited travel was a bug that bit us again. Sarah booked us a package for an opera in the Roman arena in Verona and a hotel stay.

First step was to finish work on Friday and get our butts into Italy. We got a room at a Best Western in Trento. We thought we’d stayed their before, but upon arrival, it became clear that this was a new venue for us. It was dark when we arrived after work, but the views the next morning were great.

After breakfast, we considered our options:

We discarded #1 and #2 above due to the expected tourist saturation based on German license plates on the roads on the way down. The drive to Lusiana was glorious: weather, scenery, atmosphere, and of course, company. We opted for a toll-free route, hoping for scenic views and were not disappointed. We stopped several times along the way just to ooh and ahh.

We sat on a city square at a bar open for lunch and drank Crodino and enjoyed sandwiches before setting off for our hotel in Verona.

It was a pretty easy drive getting to our hotel. Two things stood out:

After a change of clothes, it was time for a night at the opera. We stopped off for dinner at La Pizza di Paolo & Rosetta and were pleasantly surprised by the selection and friendly service. 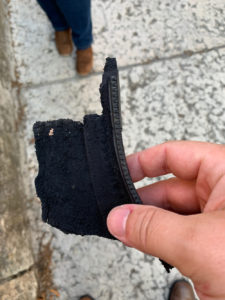 It was there that I first noticed something wrong with my shoe.

As we continued our walk towards Piazza Brà (the arena), large chunks of the sole started crumbling away. By the end of the performance, both soles were 80% gone. None of this was going to be a big deal, until the rain hit just after midnight. We tried hailing cabs with no luck until we were most of the way back to the hotel. The last chunk of sole detached in the hotel lobby. Walking home after dark on cobblestones in pouring rain in your bedroom slippers? DO NOT RECOMMEND

Fortunately, the weather the next day was glorious (at least where we were) and we motored off after a hearty breakfast to iPer la grande I in Castelfranco Veneto. We loaded up on non-perishables and even stocked the cooler in our car with some perishables. Who knows when we’ll get the chance again. GET VACCINATED SO I CAN SHOP

Driving back, we ran into a few of the usual traffic slow-downs approaching the Brenner Pass, but nothing too terrible. From Innsbruck, we took the B177 towards Zirl and the German B2 and Garmisch-Partenkirchen1 to visit some pals in their new place and bring them some housewarming Italian groceries. And use their bathroom. 😬

Feeling much better after that, and some light refreshments, we had an easy drive through the heart of Munich back to Regensburg.

TL;DR: I am not impressed with Raj Mahal and it’s going to be a long time before I try ordering from them again. They smell good on the street, but their customer service stinks.

I placed a carry-out order for dinner through their website today around 14:00. It was slick; I (generally) like a restaurant that has ordering processing built into their own website instead of farming it out to an order processor and delivery service.

I ordered a couple main dishes, paid through PayPal (another plus) and made a note of the pick-up time.

4.5 hours later, I showed up, parked my bike, and walked in, cooler in tow, enjoying the smells from the street on my way in. The young man behind the counter seemed flabbergasted. “But we are closed the WHOLE DAY! You can order for another day, OK?”

“No, it’s NOT OK!” I responded. “I have a confirmation email from your website, and a confirmation of payment through PayPal and now you are telling me you don’t have the food I ordered. Why do you permit orders to come in on days you are not in business?” He said it’s automatic through the website and they have no power over that.

He called someone to talk to me in German (my skillz are stronger than his in that language, apparently) and we went another couple of rounds on the clerk’s phone. When I told him I was angry that his company took my money and didn’t honor the transaction, he told me to get my money back through PayPal. When I asked what I should do with my dinner plans, he said I could do whatever I want.

After I cancelled the payment through PayPal, this blogpost is what I want to do.

Perhaps you saw our exuberance on the first of this two-parter.

After finishing up Mittagessen in…um…Essen1, we got back in the car and drove for like seven hours across most of the country to Berlin. We’ve visited Berlin many times, but we always try to do a mix of new and old stuff. Here are the bullet points:

And, then on our way home to Regensburg, A BONUS VISIT with three Leipziger pals!

After that, it was a completely uneventful drive back home. Just what you want! 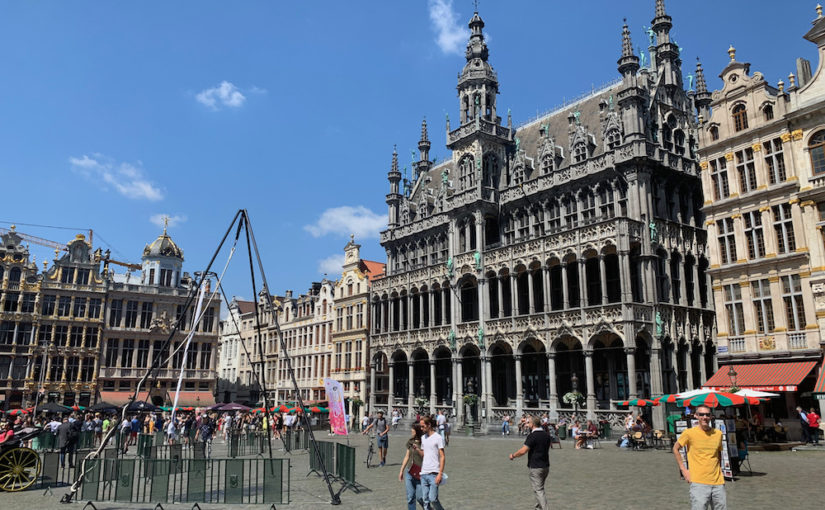 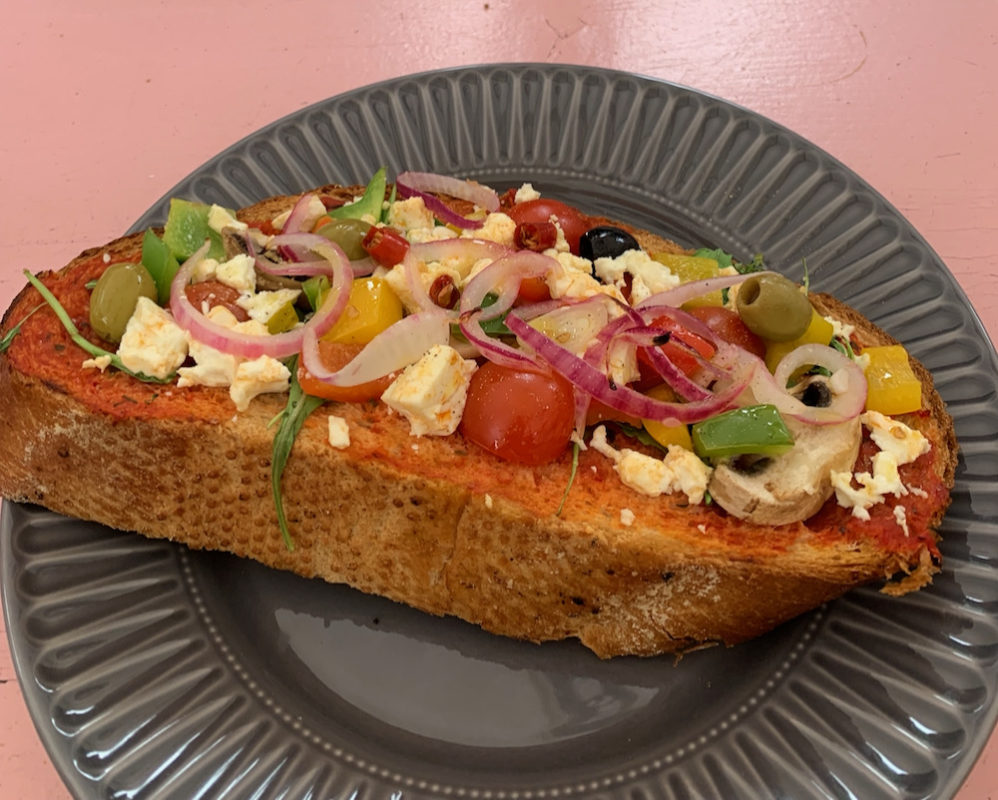 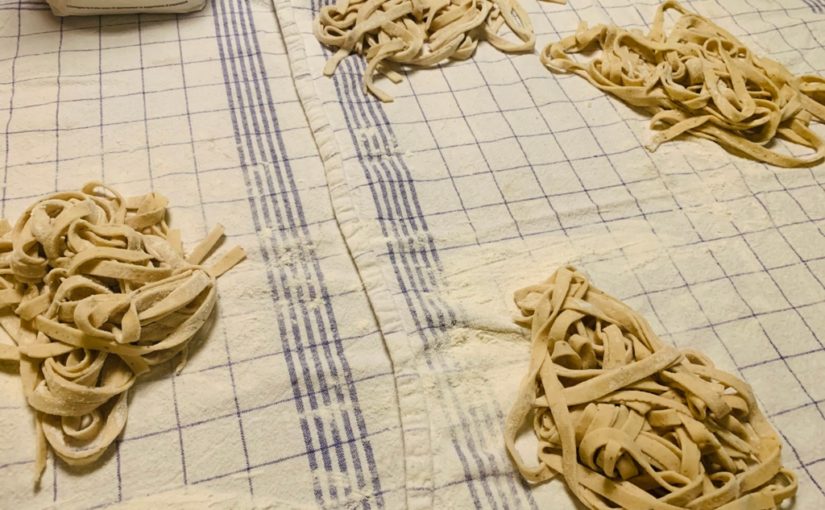 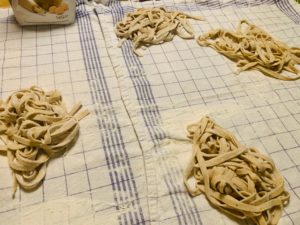 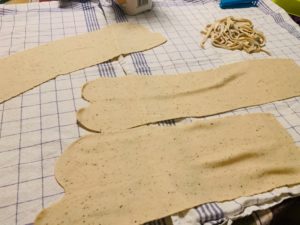 I finally made a cacio e pepe I am proud of! I’d tried several times each with a different approach and it was always a failure (clumpy, oily, gummy, whatever). Then I found a WaPo recipe for a za’atar variation, tried it, had much better results, and stole the technique. It’s the best cacio e pepe method I have found so far, so I’m sticking to it for next time.

adapted from this WaPo recipe

In a deep, wide skillet or Dutch oven over medium-high heat, bring the water to a boil, then stir in the salt. Cook the bucatini in that for 9 minutes (or per package instructions) until al dente, stirring every now and then so they don’t stick together or to the bottom of the pan, and to ensure they are submerged. Add hot water if necessary to keep the pasta just-barely covered. Drain, reserving all the cooking water. (You should have about 1 1/8 cups (265 ml) water; if not, add enough hot water until you do.)

In a large, high-sided, nonstick saute pan over high heat, cook the butter until bubbling, then stir the pepper and cook, stirring, until fragrant, about 1 minute. Pour in the reserved cooking water (carefully, watch for steam bursts), bring to a rapid boil and cook until silky and slightly reduced, about 5 minutes. Toss in the pasta and stir vigorously into the sauce. Add the Parmesan in two batches, continuing to stir vigorously as you go and waiting until the first half has melted before adding the next. Once all the Parmesan has melted, add the pecorino, continuing to stir, until it has also melted and the sauce is smooth and silky. 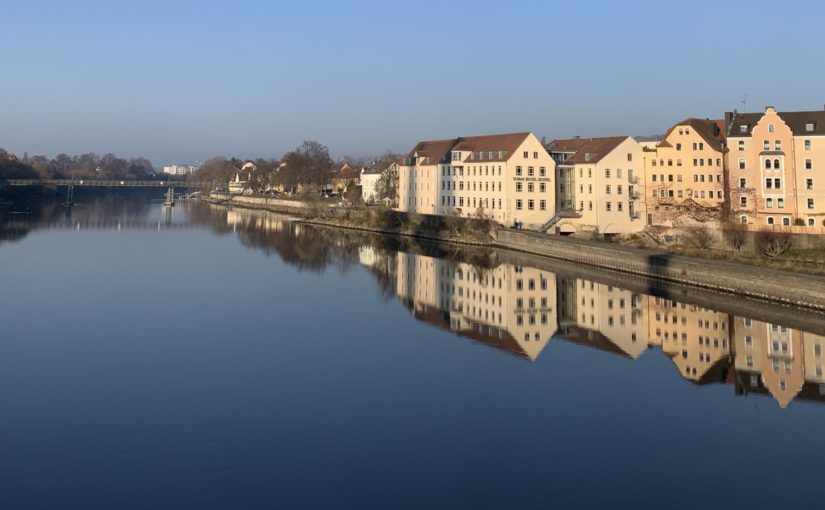 Back in June I had to define all my vacation plans for the rest of the year. Despite Corona foiling our plans at a road trip into various near-by countries, we managed to explore some parts of Germany new to us. But that was only about half of my vacation contingent; in November I had to take more. We stuck around Regensburg, watching the infection numbers rise to our dismay.

I took a few pictures: END_OF_DOCUMENT_TOKEN_TO_BE_REPLACED

I had a heckuva time getting this question answered on my own; here’s hoping this post is useful to future owners of the same product.

Our Siemens washing machine started beeping at the end of every cycle. As far as we know, it never did that before a few weeks ago (and we’ve had this machine for 16 years at this point). END_OF_DOCUMENT_TOKEN_TO_BE_REPLACED

This is not a pretty picture. We’re hunkering down as much as we can. Too bad not all of us are doing that. (Did you hear about the attack on the RKI? 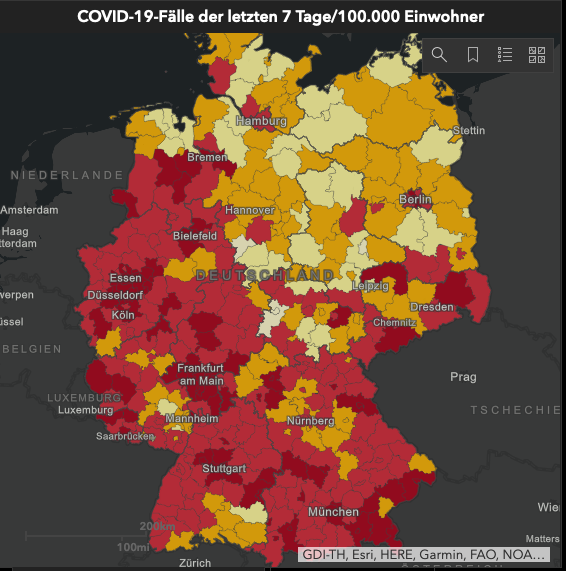 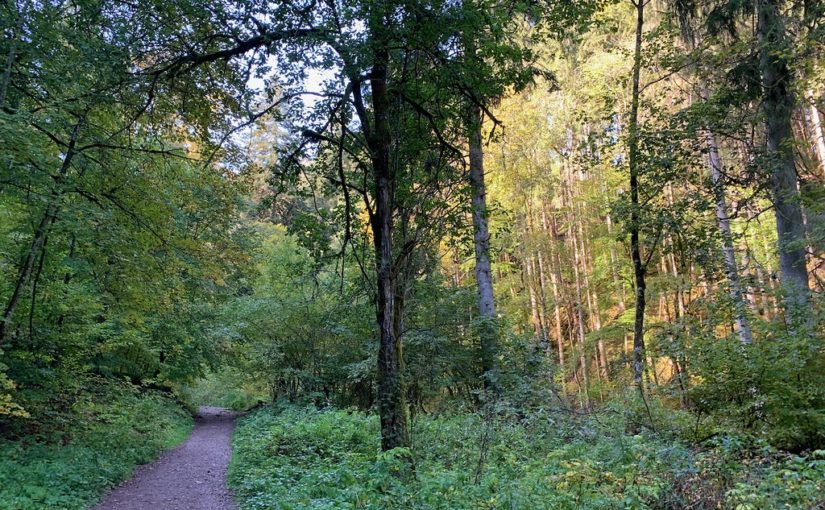 After a four-hour drive down Germany’s western border with France and a hop through the Schwarzwald towards Bonndorf…im Schwarzwald, we arrived at the final Ferienwohnung destination for this trip. The arrival was not without its complications, however; TWO of the little towns off through which we were supposed to drive on the last leg of the drive were closed to through traffic, causing us to scramble and miss our predicted arrival time by an hour. Fortunately, we kept the landlady in the loop and she was accommodating. Ha. END_OF_DOCUMENT_TOKEN_TO_BE_REPLACED