Need access to the forums? Let us know that you’re not a bot and we’ll take care of it. Have local Nürnberg knowledge that you’re just dying to share? Leave a comment and we’ll get you involved. The nominations are in and it’s time to vote! There are a quite a few more cities and regions to choose from than last year, including a couple of repeats and one far-flung locale.

What is WEBMU you ask? Why, it’s the Whiny Expat Bloggers Meet Up. Click the link for a little history on the event.

Voting will close on March 31, 2014. That’s two whole weeks to see what’s on offer, find out more about the options, engage in some campaigning and debate and cruise the blogs of potential participants. To vote, go check out this thread in the Expat Bloggers in Germany Forums. Can’t access the forums? Let us know here or on Twitter (@ExpatBloggersDE) and we will get you taken care of.

Cliff’s out of town for work and we don’t like traveling separately. That might have me in a more introspective mood than usual. It won’t be outright maudlin, though. Pinky swear.

A fellow blogger, Ellie & the German, has a new post up titled Expattery. I’ve tried to reply to it about a dozen times today, but nothing I write seems correct. I’m not a big commenter by nature. Unless I’ve really got something to say, I usually talk myself out of it. Not important enough, not insightful enough, not enough there there. But something about her post really stuck with me and made me want to reach out. So here goes:

END_OF_DOCUMENT_TOKEN_TO_BE_REPLACED

There is an interesting discussion going on over at the WEBMU discussion board. Maybe it’s time to get with the times. If you’ve been to a WEBMU, or want to attend, chime in over here: http://slicken.it/y1 Are you interested in attending the expat blogger meetup that’s sweeping the BRD? Then it’s time to check in on the Whiny Expat Blogger MeetUp forums, where the planners are looking for input. If you’re an English language blogger living in Germany and you don’t have an account yet, go sign up already! We need a little input from you and have some more details on what’s in store, so check out the Friday side trip, who’s coming and Hotels threads.

If you’re on the fence about coming, a word of warning: there is a consumer electronics trade show taking place that same weekend in Berlin. As a result, accommodations are becoming scarce. So you might need to decide soon whether you’re going to attend in order to get a room or apartment. That’s addressed in more detail in the Hotels thread.

Any questions? Feel free to ask here or, better yet, in the forums. And I hope to see you all in Berlin!

As noted on expatbloggersingermany.com, there are just three weeks left until WEBMU 2011 in Cologne is officially underway. (Unofficially, it gets started with a side trip to Aachen one day earlier.)

Our knowledgeable hosts have designed a stimulating agenda, made accommodation recommendations and even summarized the local Kölner ÖPNV* system for you — all on our discussion board over at http://www.expatbloggersingermany.com/meetup/. Sign up there today, if you haven’t already, to get the full scoop. Any expatriate in Germany blogging in English is most welcome!

*I love how some concepts, like “mass transit” are expressed in English sometimes with just a few syllables, but have huge German counterparts, like Öffentlicher Personennahverkehr. But they retain that reputation for efficiency, deservedly or not, for compacting those ten syllables down to just four in everyday usage. Similar examples: 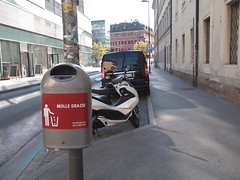 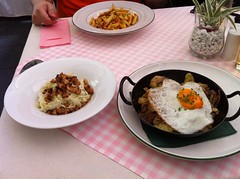 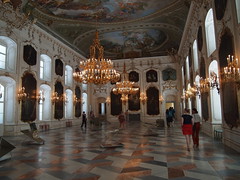 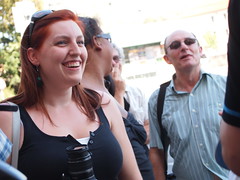 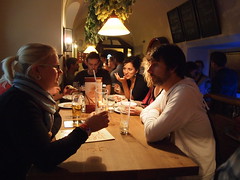 The Whiny Expat Bloggers MeetUp in Cologne this year now has its own agenda.

If you live in Germany, and blog about that (or other stuff) in English, then come visit Cologne with us in October. We’ll whine collectively while touring and eating and laughing. Sign up on our discussion board to get the full load of details — and they’re looking really good, thanks to your hosts.

On our discussion board, you’ll find ideas about where to stay, how to get there and — the best part — who-all will be attending. I can’t wait to see old pals and meet new ones!

I haven’t said much about it, but I’ve been watching your tweets counting down to your return. I’m sad that you’re going, but hopeful that you’ll love it and thrive there, just as you have in Berlin. We didn’t get to see each other very often, but we both enjoyed the hell out of the time that we spent with you all.

We’re moving right along with the Whiny Expat Bloggers Meetup for 2011, hosted in Cologne by the lovely and talented publishers of the blogs Resident On Earth, Germany Doesn’t Suck, Cheap as Chips and Musiköln Media. If you’re a member of our WEBMU discussion board, click here to jump in and see the recommendations for lodging. They range from hostels to budget rooms to swanky luxury joints and include hints about the neighborhoods and experiences of those in the area. I’m already comparing several promising places’ websites with their listings on booking.com. Often a reservation made there can be canceled hassle- (and penalty) free with very little notice, so even if booking.com doesn’t have a lower price than the one advertised on the hotel website, it might be worth it to be able to reserve and then cancel easily if something better comes along.

The official event doesn’t get underway until the morning of Saturday, October 22nd, 2011. Some folks like to arrive about a day early for a day trip to another attraction in the area. For the Bremen WEBMU in 2008 we checked out the Deutsches Auswanderer Haus. In Munich in 2009, one of the gracious hosts led a biking tour around the city. For the Hamburg meetup in 2010, we trained it south to Lüneburg to admire that city’s salt mining museum and charming Altstadt.

We haven’t decided exactly where the side trip this year will be yet. The candidates are the Aachener Altstadt and the Palaces of Augustusburg and Falkenlust palaces in Brühl.

If you live in Germany (or plan to in the imminent future) and blog in English, and are not a member of the WEBMU discussion board…why not? Head over to http://www.expatbloggersingermany.com/meetup and register yourself. Don’t forget to mention your blog’s address and give us a real email address to which we’ll send your password.