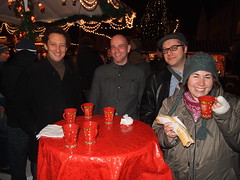 If you can navigate the events calendar on regensburg.de, you might already know this. But we have a feeling lots of folks visiting this year will be caught by surprise having a nice long, warm, indoor restaurant meal and still expecting plenty of merriment outside with a little Glühwein dessert. We were dismayed to find it had all shut down by the time we were ready to roll! Yesterday we headed down to the Munich Airport in Freising to scope out some deals for Christmas travel. We were thinking about some place exotic, and at least kind of warm (though a fantastic deal on a trip to Iceland would not have been out of the question), wanting to add another country to our list. Cyprus, Egypt, Turkey, Morocco and even Thailand were in the mix. In the end, we opted for a 10-night stay in the Turkish Riviera region at an all-inclusive resort. Since we’re going toward the end of December, we’re not expecting weather particularly well-suited for pool lounging; rather we’re hoping for more opportunities to check out the area. The travel agent assured us that hotel-arranged and public transport would meet our needs for getting out and around. Feedback in advance about the area will be much appreciated!

After that, we met up with the Zurikas and caught a bus to the Chinesischer Turm in the Englischer Garten in Munich. We hit the Christmas Market there and snagged some adorable mugs as memorabilia. We didn’t have to renege on the deposit at all — they’ll happily sell you clean, unused mugs for the same price as the deposit on the one you just drained. 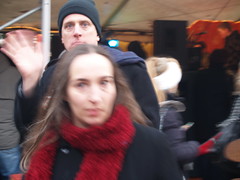 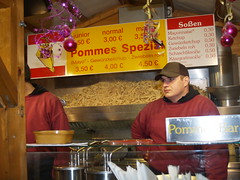 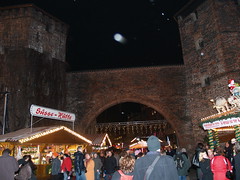 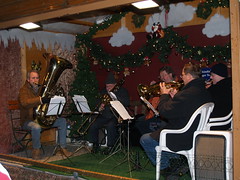 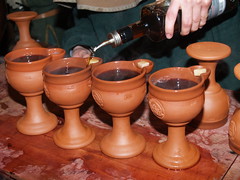 After that, we spent the rest of the afternoon enjoying four, yes four! additional Christmas markets: 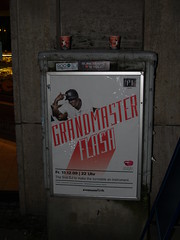 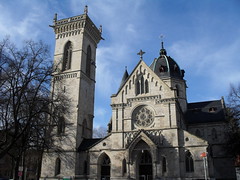 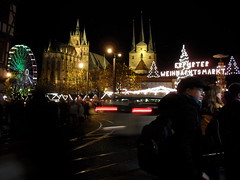 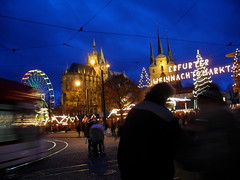 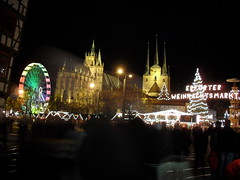 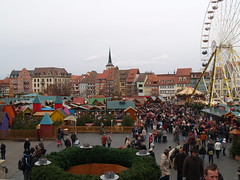 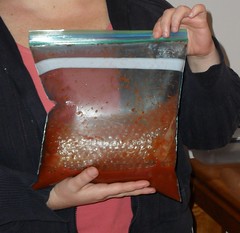 United almost screwed us up again with about an hour delay on the one-hour flight from Detroit to Chicago, but with a little airport aerobics, we caught the 767 from Chicago directly to Munich — and even our luggage made the trip too (hadn’t figured on that). We even snagged a couple seats on the AirportLiner shuttle bus to Regensburg (without having reserved in advance), got home, and I started working while Sarah started sleeping (she didn’t catch a wink on the plane, whereas I got at least 4 hours).

But now I’m hungry. And I measure that hunger in half-meter lengths of sausage and baguettes with horseradish AND mustard.

Time to hit the Weihnachtsmarkt. Yum.